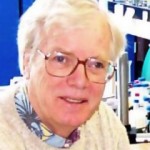 Pattern formation in hydra and the evolution of developmental mechanisms – Evidence is rapidly accumulating that the same genes are used by different organisms to regulate similar developmental processes. This raises the issue of the evolution of developmental mechanisms. Which mechanisms arose early and were conserved through evolution, and which arose later? Since cnidarians, of which hydra is a member, arose very early in metazoan evolution, the organism is strategically placed to examine this issue. Further, the processes governing pattern formation and cell fate determination are well understood in hydra at a tissue and cellular level. Because the body plan is simple, the patterning processes are few, there is a reasonable chance of understanding the molecular basis underlying these pattern forming events in hydra.

In many metazoans it has been demonstrated that an organizer region plays the central role in early stages of embryonic development. In hydra, a similar organizer region, which has been well characterized at the tissue and cell level, is located in the head and controls axial patterning processes in the adult animal. Because of the tissue dynamics of an adult hydra, the organizer and these processes are continuously active allowing their investigation in adult hydra, which are easy to culture. Current efforts are directed towards gaining an understanding of the molecular basis of the generation and function of this organizer region in terms of the signaling pathways and transcription factors involved. For example, recent efforts have focused on beta-catenin, which is known to play a central role in several vertebrate organizers. Manipulating the levels of beta-catenin in a hydra chemically as well as by generating transgenic hydra bearing this gene, we have shown that this protein also plays a central role in the formation of the hydra organizer. In addition, a number of other genes that participate in the canonical Wnt pathway along with beta-catenin in frog embryos for example, are also associated with this hydra organizer. These results provide an example of the evolutionary conservation of the molecular basis of a critical developmental mechanism.